Out on the battlefield

Around one and a half weeks ago I was with two friends from my club at Grefrath/Germany. There was the anual meeting of a napoleonic reenactor group who show the uniforms of the Lützower Free Corps.
Here are some pics. 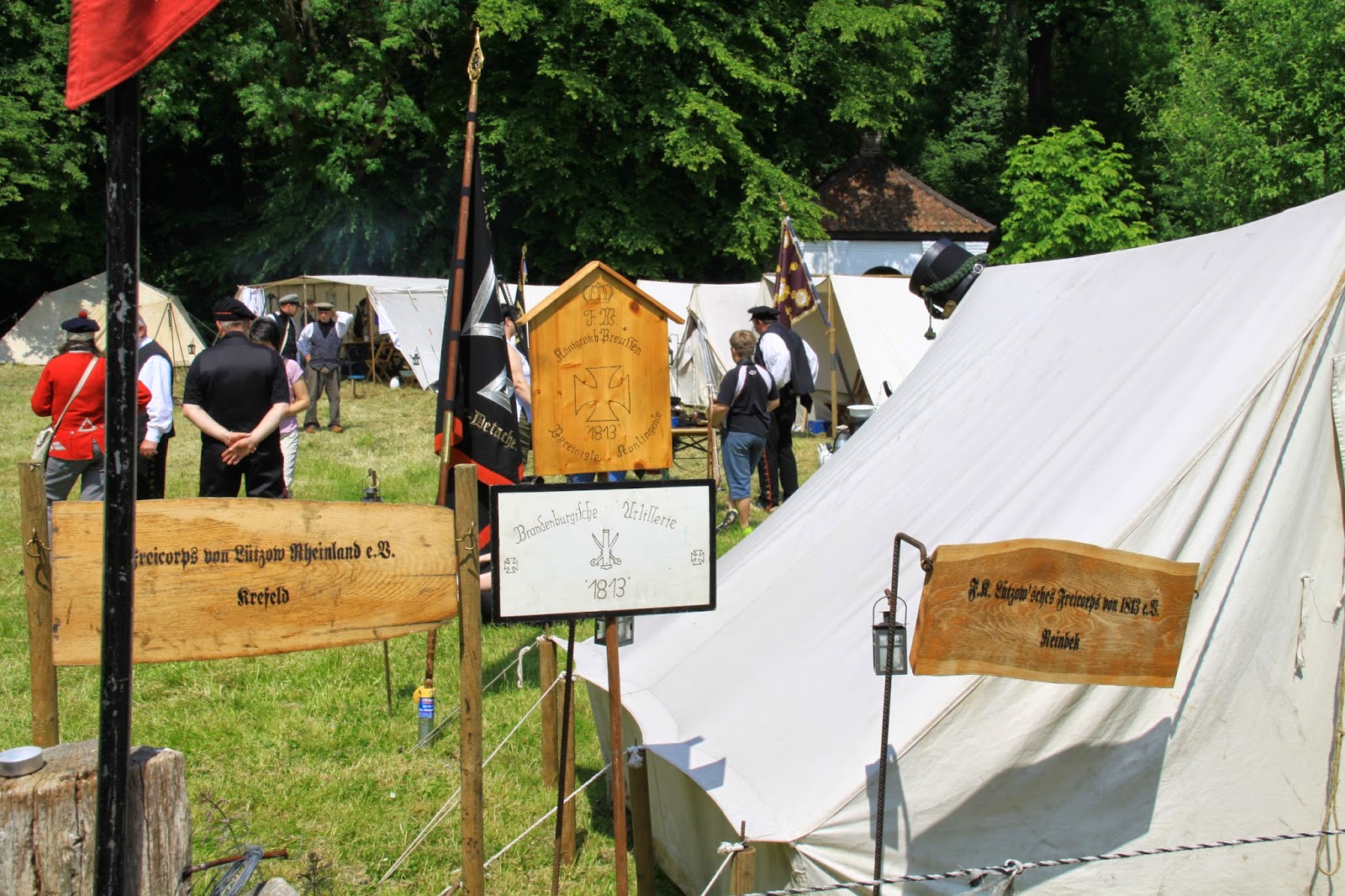 Main entrance to the camp site. Not too big but lots of nice people explaning near everything to us history nerds 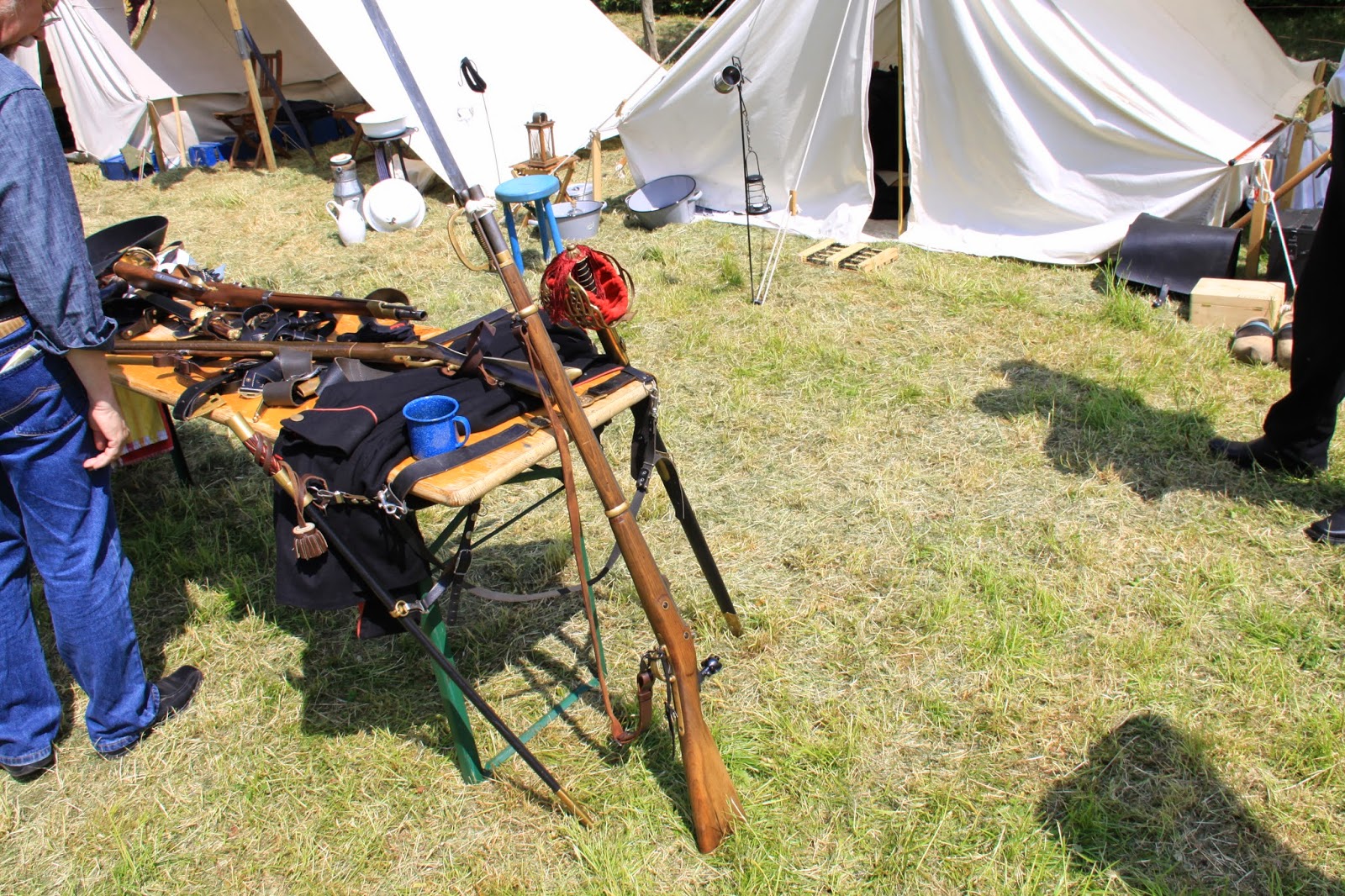 A table full of uniforms,guns and other regalia. Great to see even the smallest parts of material the soldiers did carry around. You get a real feeling for the period when thinking what a load of things to carry around.
I was a service man myself and even with the things we had this is no fun. 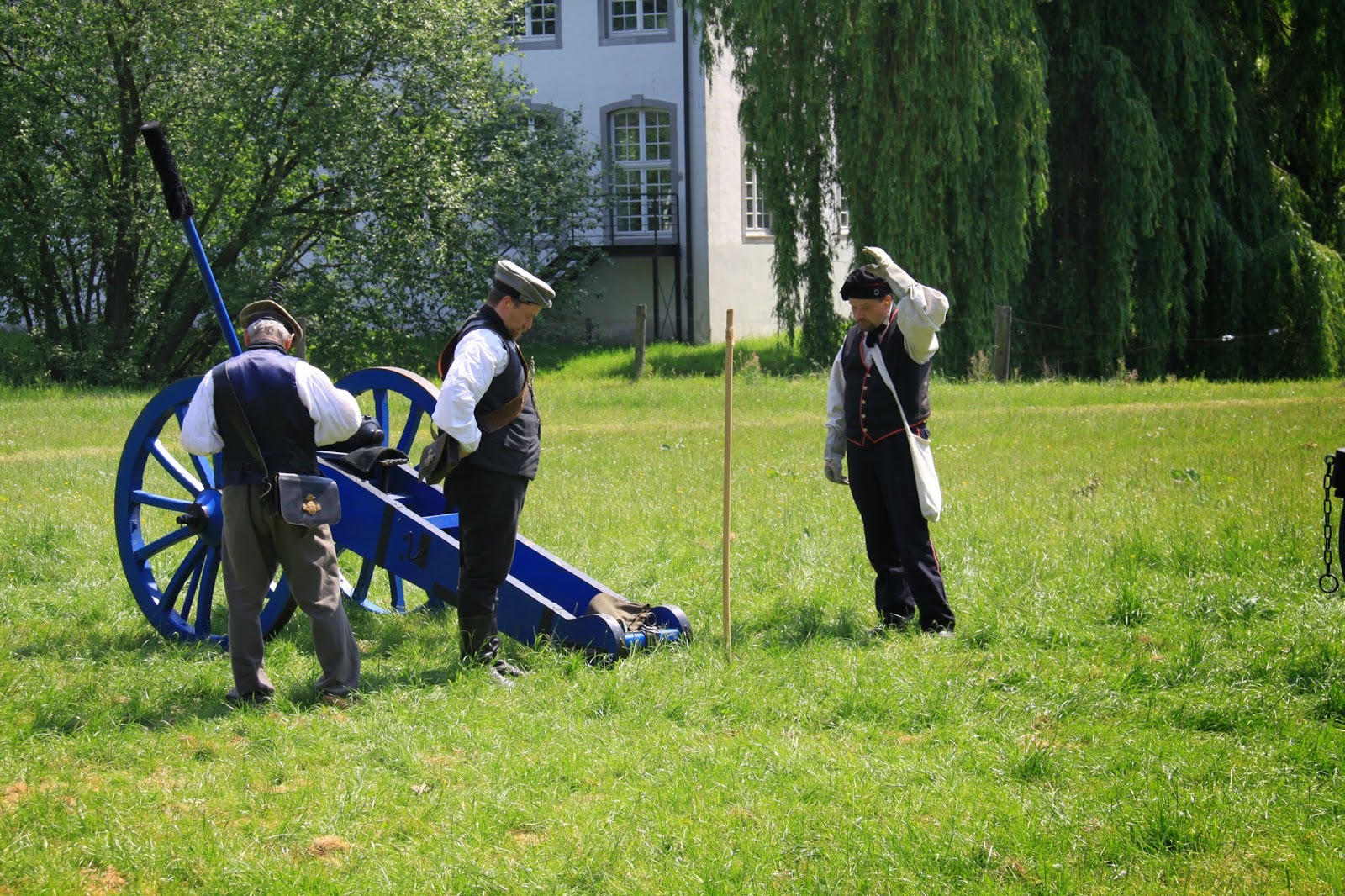 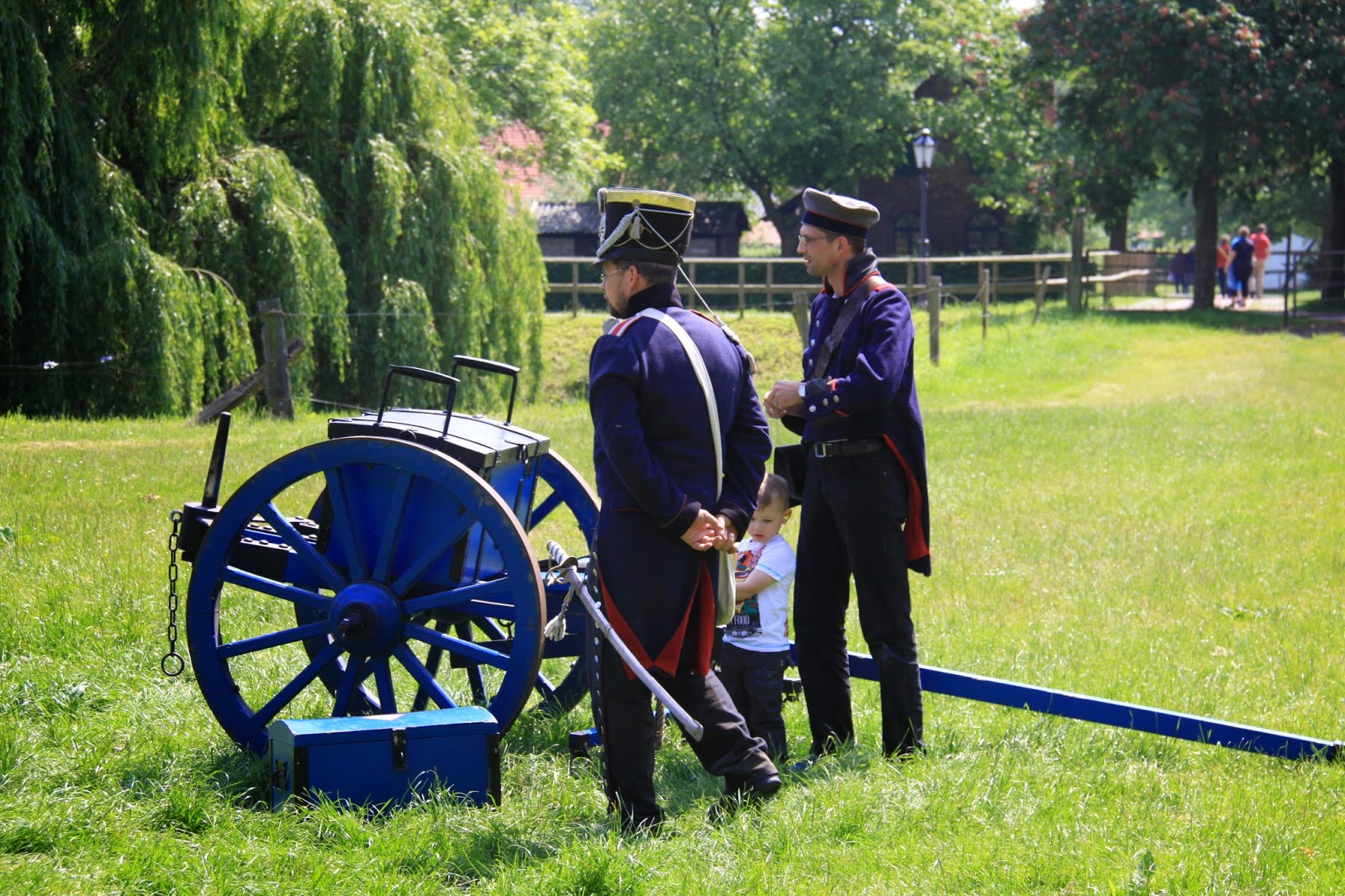 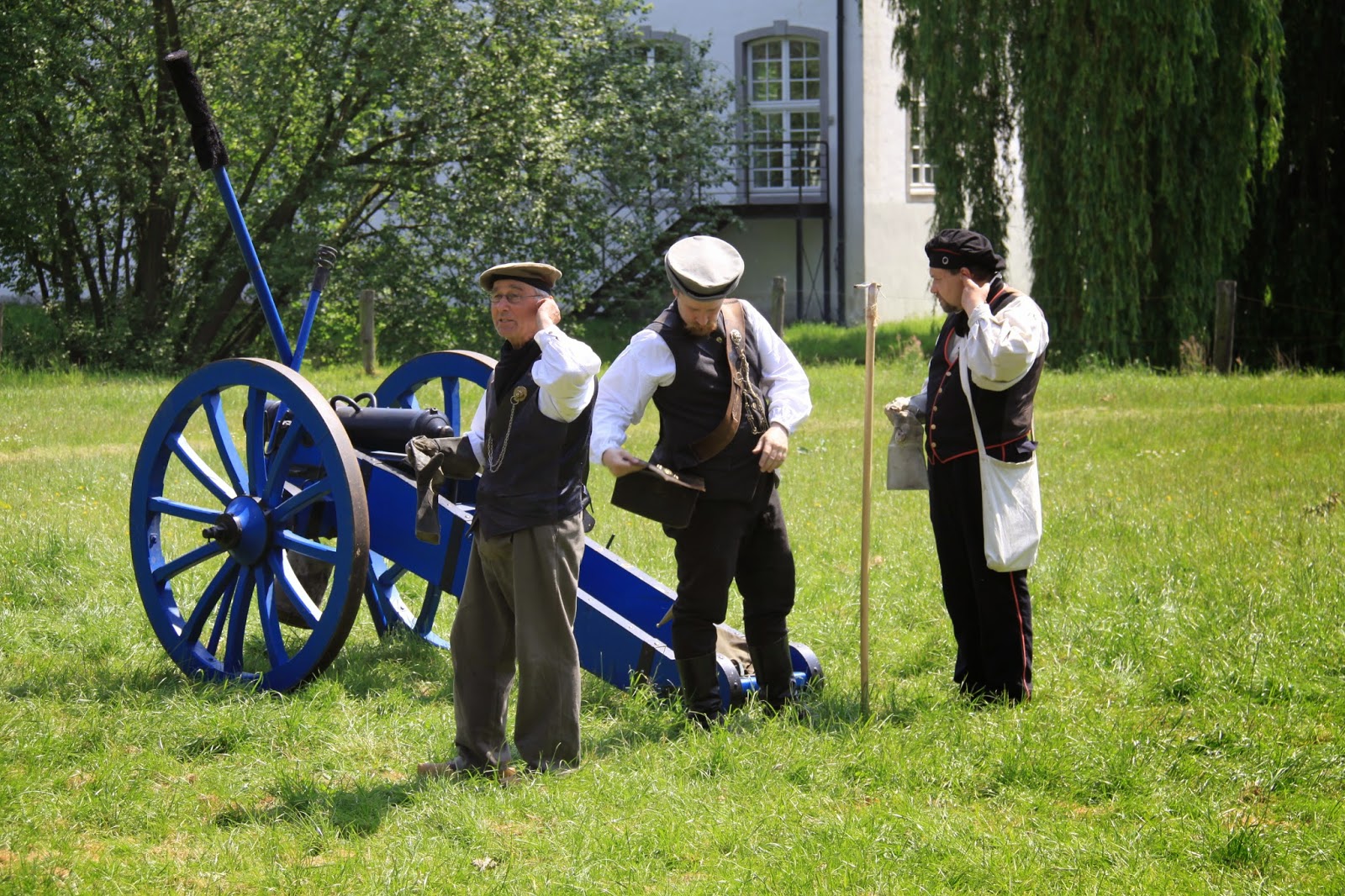 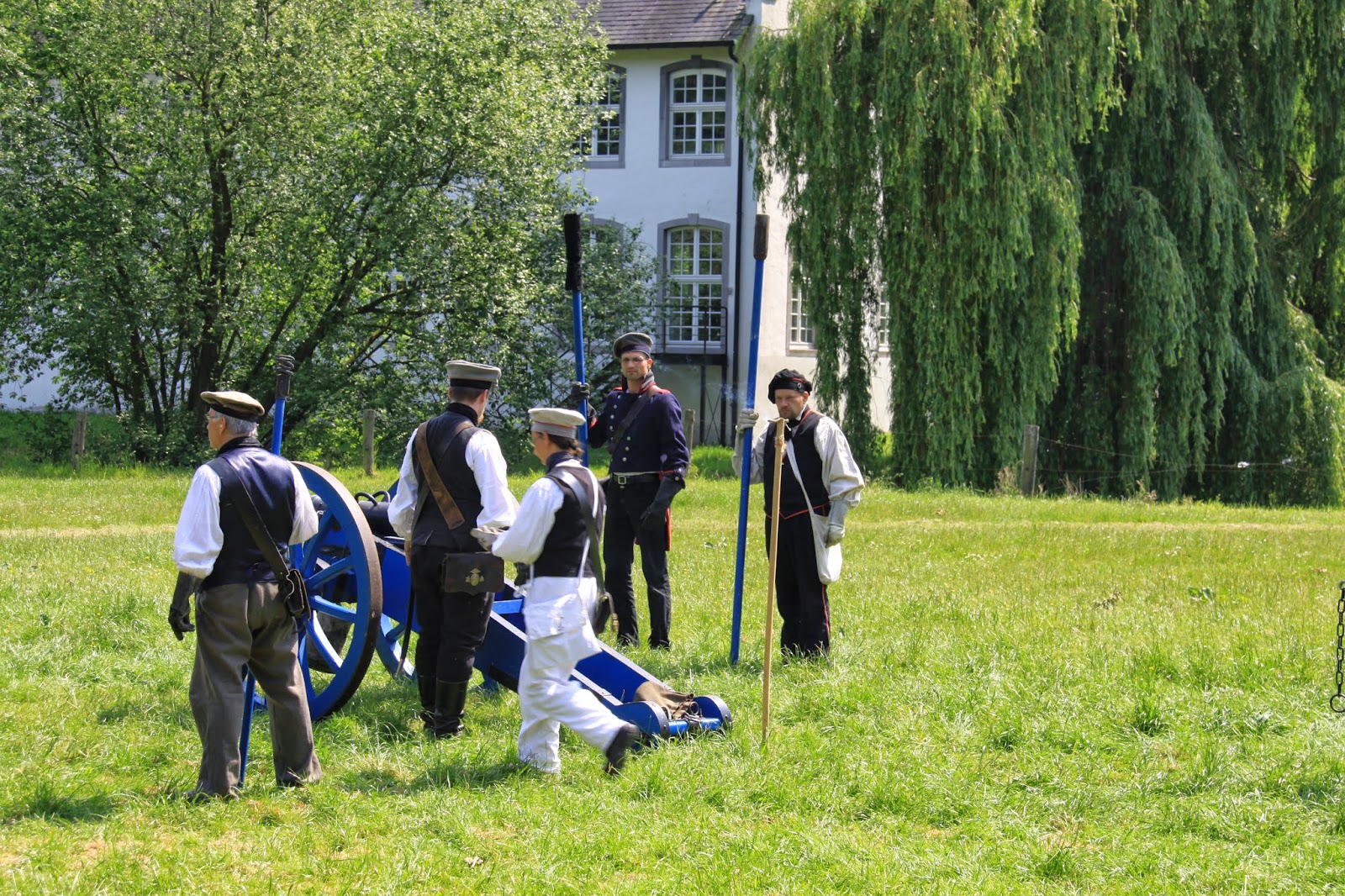 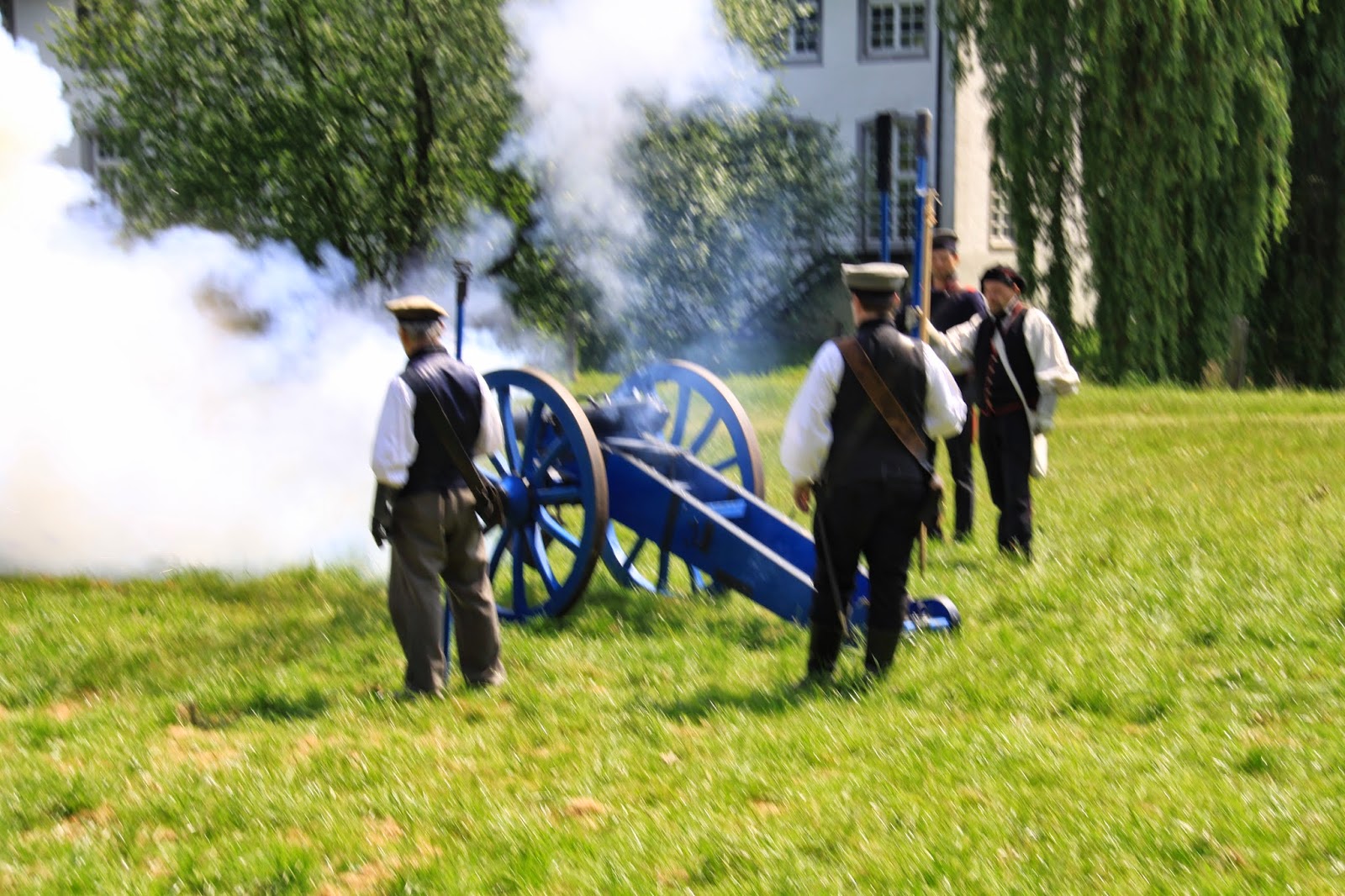 A gun team in action. Although this is no fancy 12 pounder as often seen on our tabletop battlefields but a 6 pounder howitzer this little beauty did make a terrible earth shattering noise. We stood around 10 metters away and you could feel the earth shake even though the did not shoot solid shot and even this was filled up with flour to soften up things as all "tourists" stood only a few meters away. One of the gunners later told us that on bigger fields they sometimes use wooden flock instead of flour which gives a much bigger bang. But as the show here was rather small this was much too dangerous. 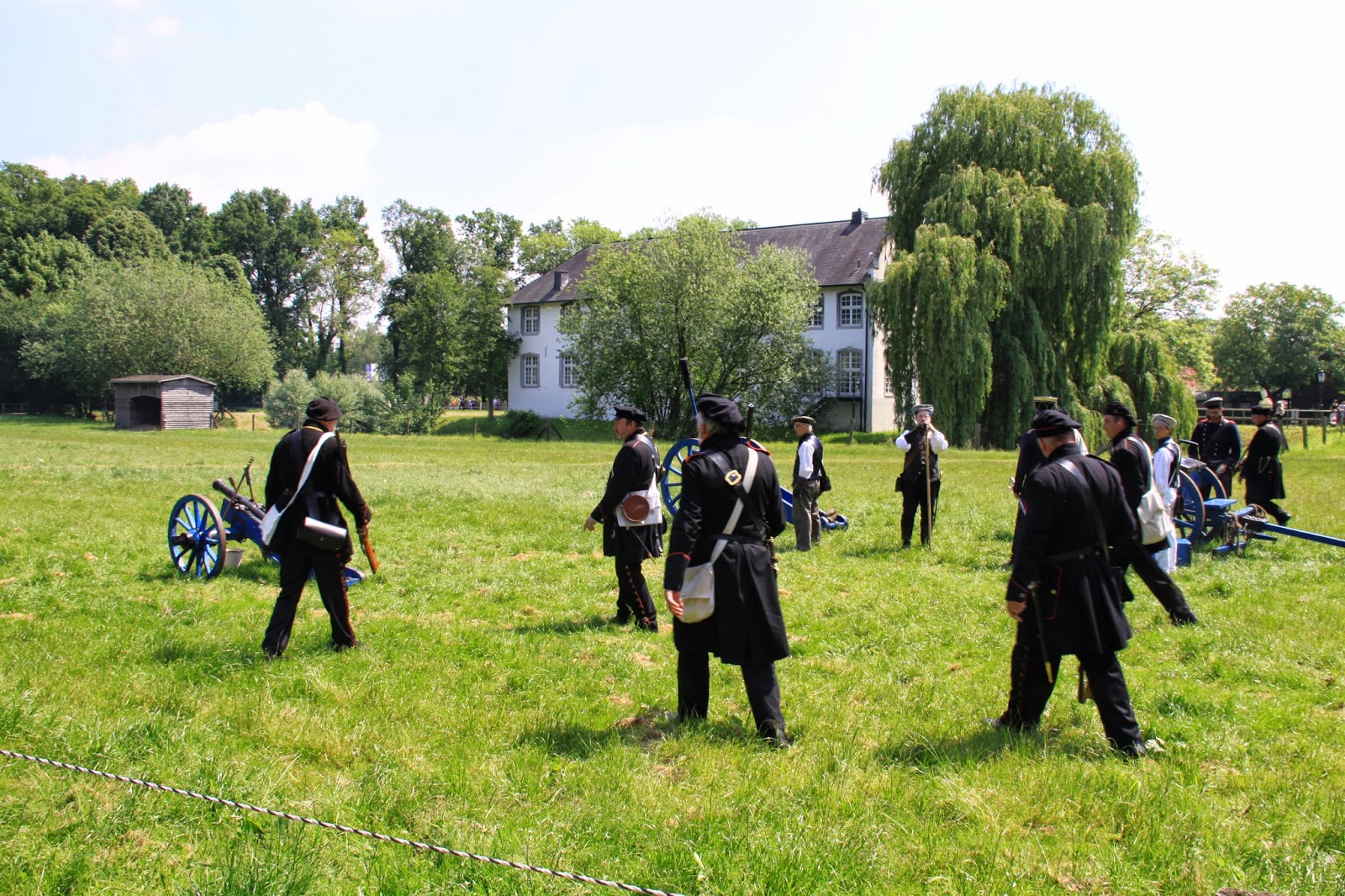 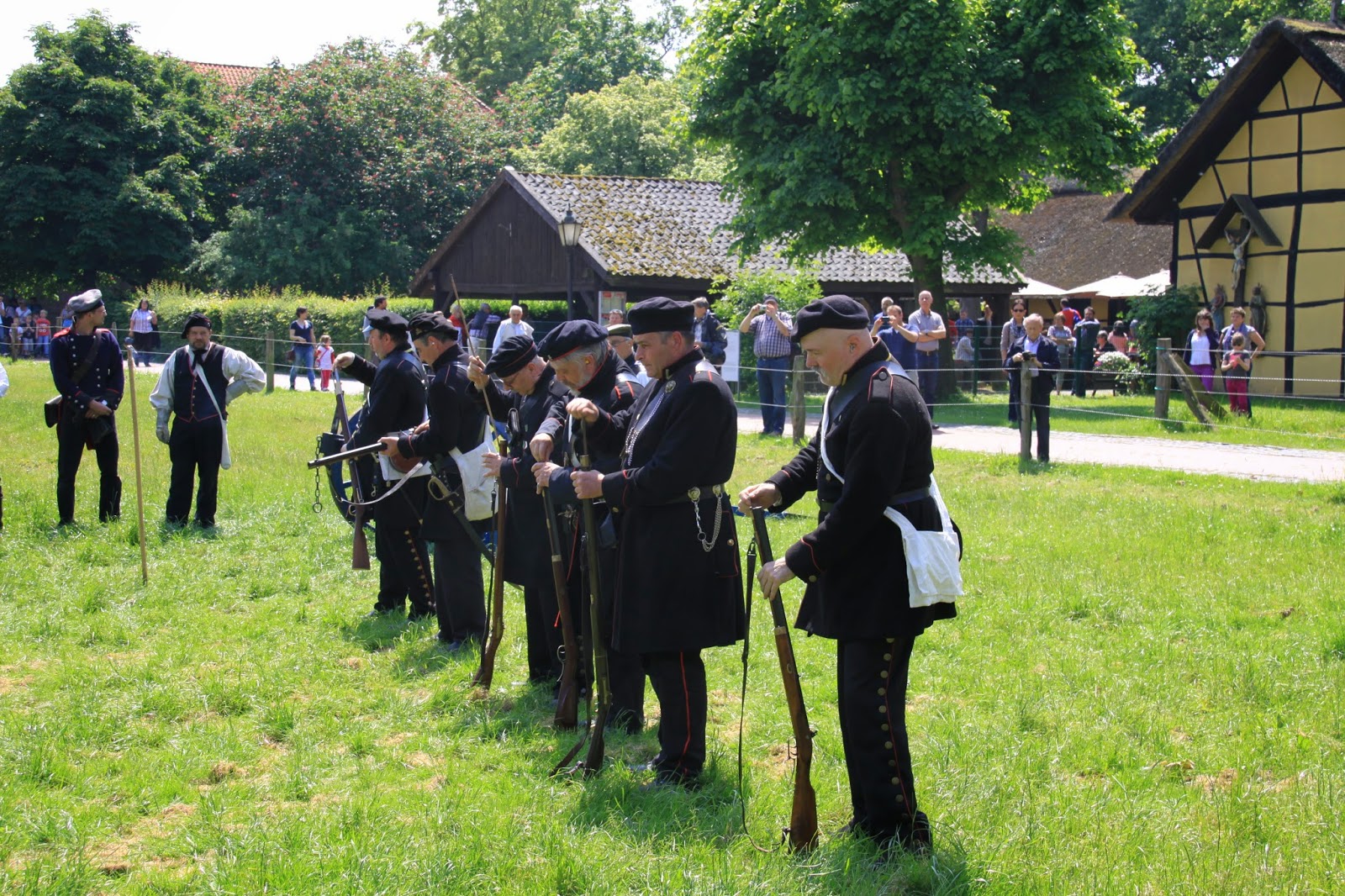 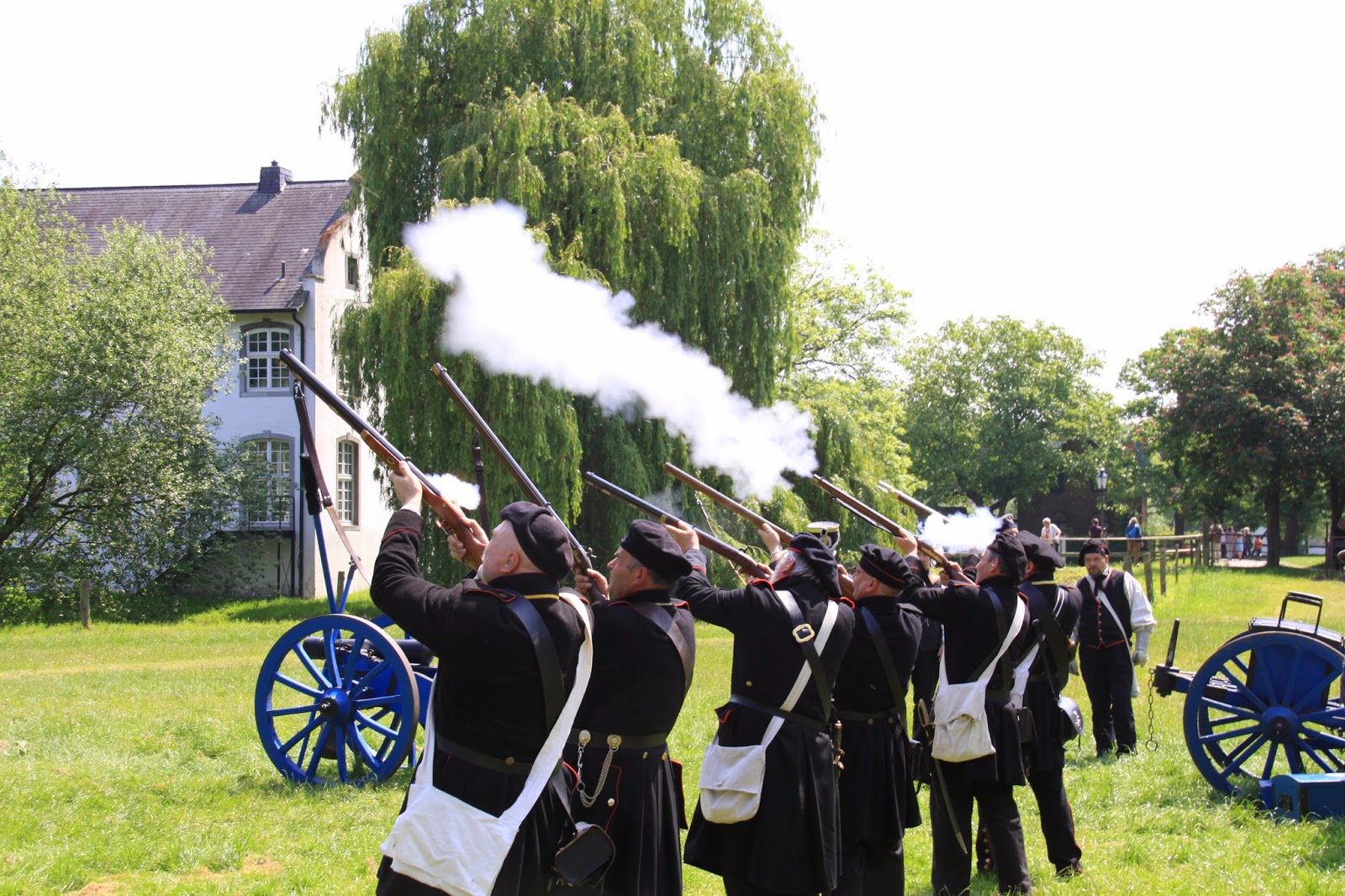 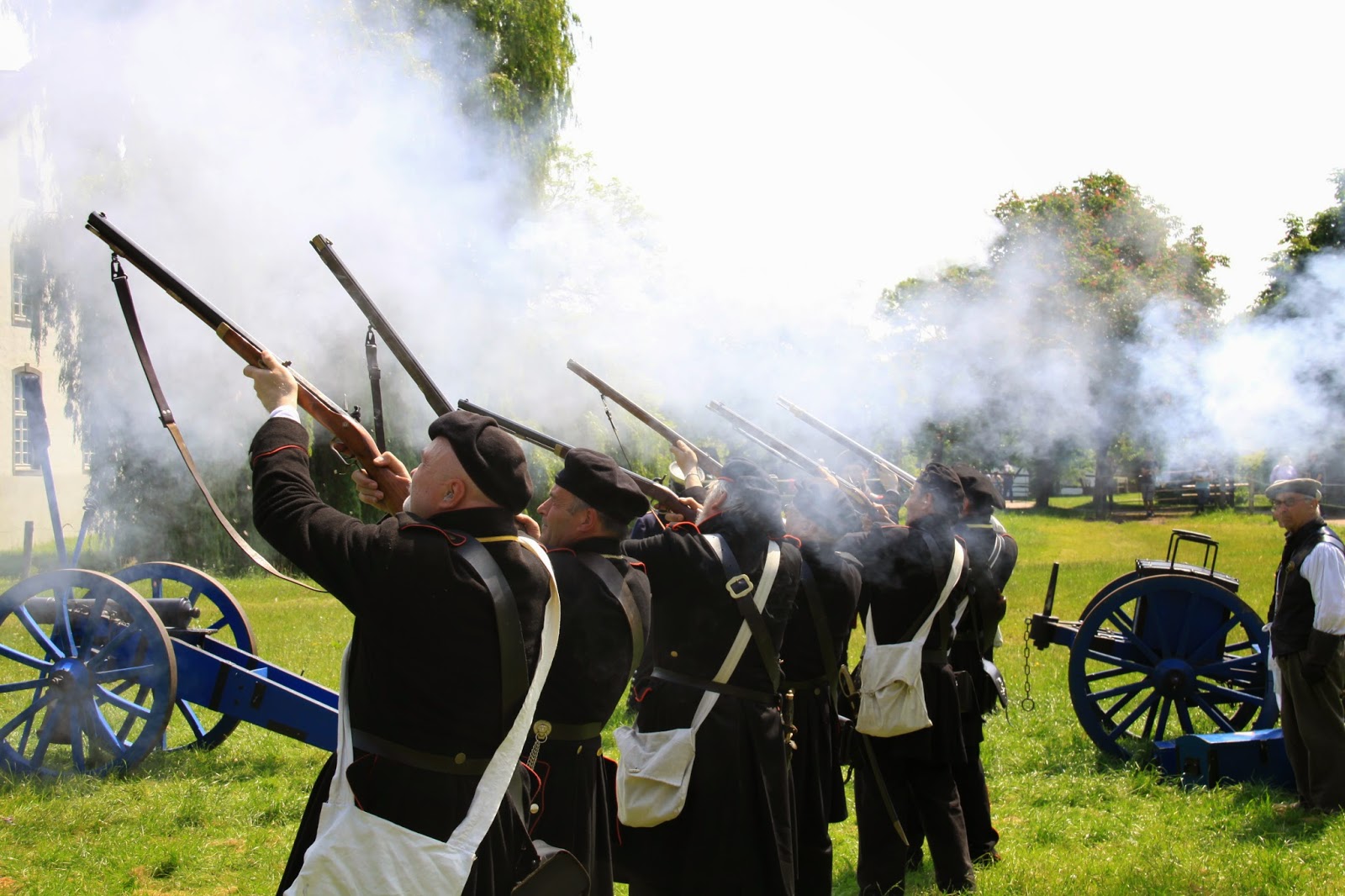 A group of Infantry. These chaps are really a heavens send when it comes to ask about their uniforms. Whether it is regulation dress or campaign style they knew every answer.