So this is what I did during the last weeks. I had not so much time for the hobby but came back to an old love. I played DBA dor years. Mostly in 15mm but started with 20mm during the last 2 years. Well I did not actually play DBA because of lack of players ( too oldschool, too abstract, too little armies, etc.) but had some fun paintig armies.

So here are some pictures. 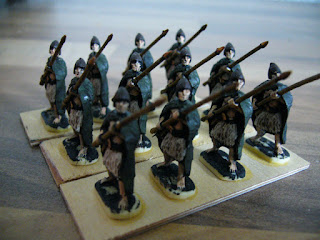 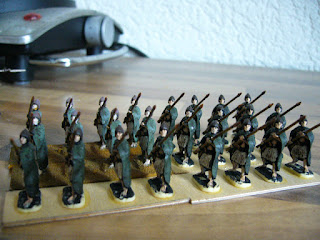 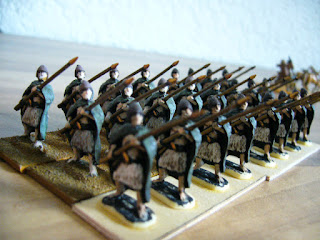 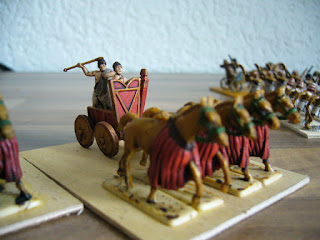 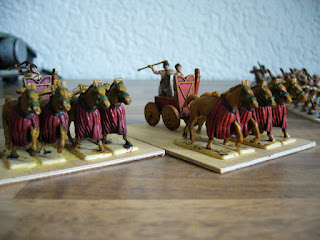 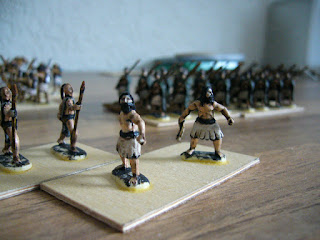 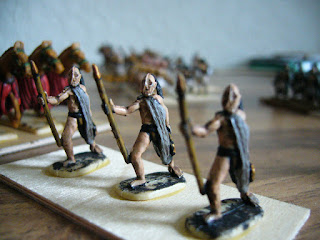 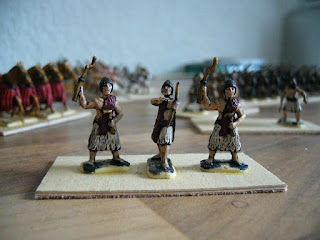 These are pictures of my Sumerians. All models from just two boxes of figures from Hat.
O.k. Hat just produces these two. One is infantry. Around 100 models per box. My only gripe is that there are far too few bowmen for building early armies. So these here represent a middle or late army.
The second box you need is the one with the chariots. It comes with three chariots that can be glued very easy with super glue. 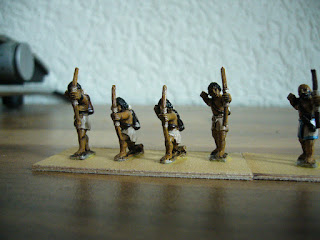 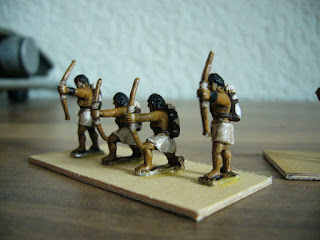 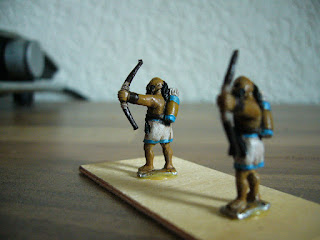 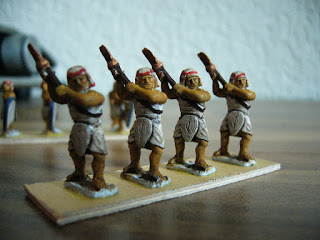 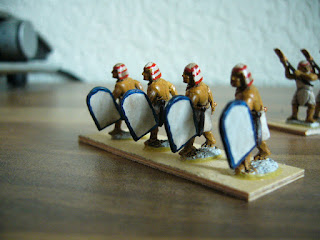 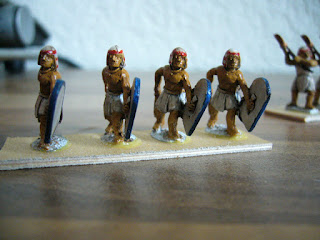 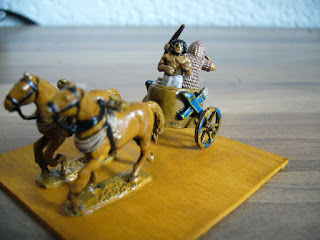 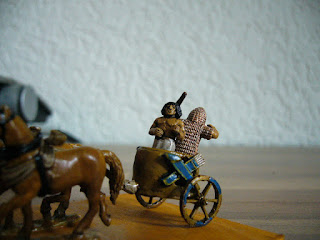 New Kingdom Egyptians ( 18-20th Dynasties). I already have this army in 15mm and it is one of my favourites. I fell in love with the egyptians since I saw Yul Brynner as Rameses in "The 10 Commandments". Lots of chariots ( o.k. it is four chariots) for a DBA army together with reliable steady infantry. Models are from th 20mm range of Newline Figures. When compared to my plastics the Newline figures are a bit smaller but since not all peaple are the same build and I normally do not mix different scales it does not matter to me.