Here are some pics from our last club night.
At the moment we are changing rules from Behind Omaha to Battlegroup.
Behind Omaha is a quite simple German ruleset. Fast to learn and play but a bit predictable and not 100% my cut of tea. Battlegroup is a more detailed ruleset. But also quite easy to learn. It is less predictable and in my opinion more fun to play. 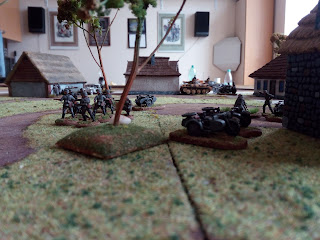 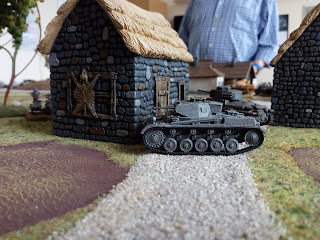 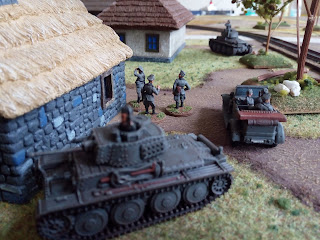 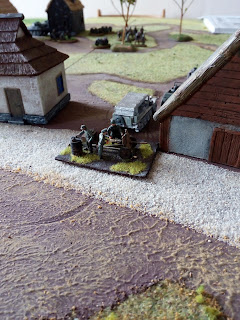 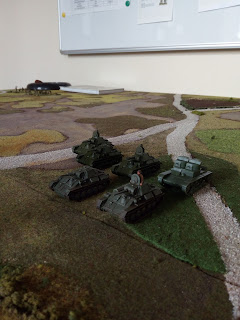 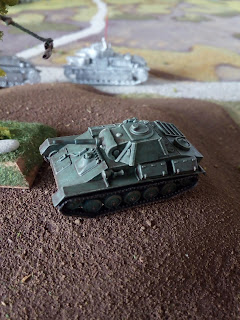 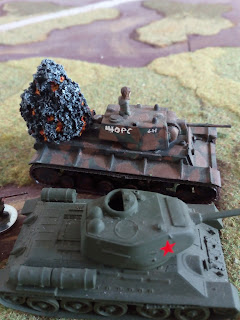 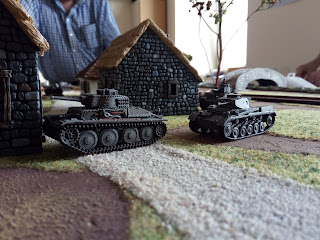 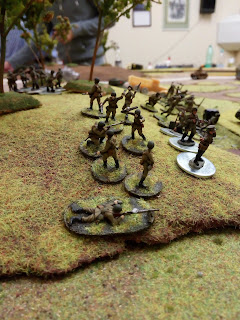 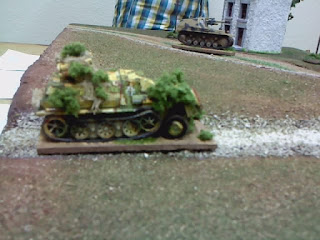 The game features the batle of the Alytus bridgehead during Operation Barbarossa. The Germans have established a bridgehead and the Russian forces tried to push them back.
On the German side stood a Kradschützen platoon togehter with a tank platoon consisting mainly of Panzer 38t and Panzer II. Artillery was of a battery of two 10,5 cm howitzers.
On the Russian side stood a motorised infantry platoon, lots of tanks (mainly T26ers and T28ers). As we had not enaough T26ers we used T70s instead and four 122m howitzers off table.
The game ended in a crushing defeat of the Russian forces. Mainly due to some pad positioning of the tanks (not a wise idea to let slow tanks rumble through woods), and of the Germans forcing me down with lots of pinning fire.
Anyway we will be back for revenge to brush away the German invaders from the holy soil of mother Russia....