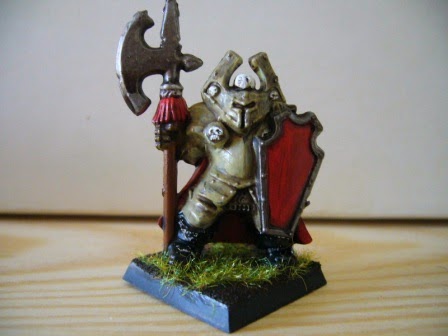 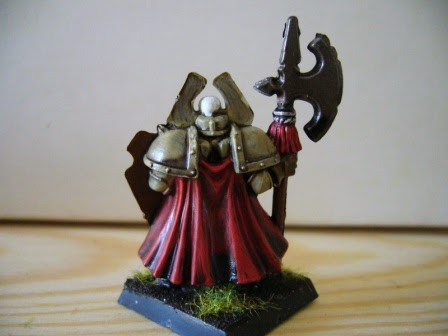 This Chaos Warrior is from the Claymor Saga game from MB. I have two bought from a flea market. This is just a trial for my Nurgle army.
The Claymore Saga game comes with a nice plastic tower, an Empire gun team, lots of knights, Gobbo Wolf Riders, Chaos Knights, tons of beastmen and the Chaos warriors.
A must for those gaming fantasy on a budget. 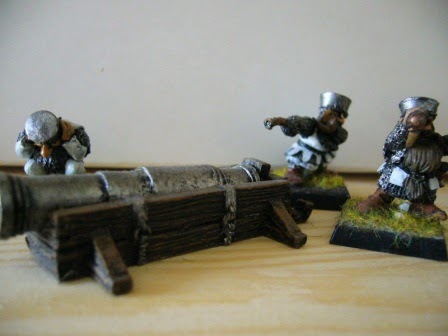 Well this is an old GW dwarven gun team. The style of these dwarves is more medieval style and not so stereotypic as the dwarves are today. They had a lot of warriors too bach in the 80s. Sadly quite hefty prices are paid when they arrive on Ebay. 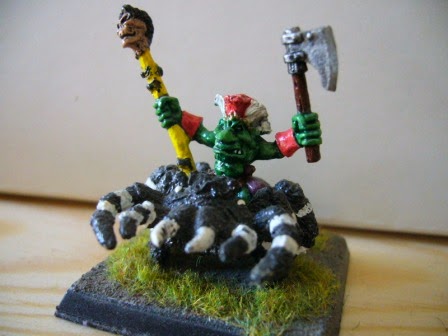 This Gobbo Shaman on giant spider is also unavailable today. I am lucky to have him and also the Gobbo Champion on the same spider. I painted this model around 20 years ago and it was the first champion for my growing greenskin army. Well nobody wins with green skins but hey these are pure fun. I love to play with lots of ball and chain weilding lunatics ( I have around 16 of them) and lots of cheap shamans. These are more dangerous to themself then to others but I love the terrified faces when they come running towards some units of expensive knights or chaos troops. 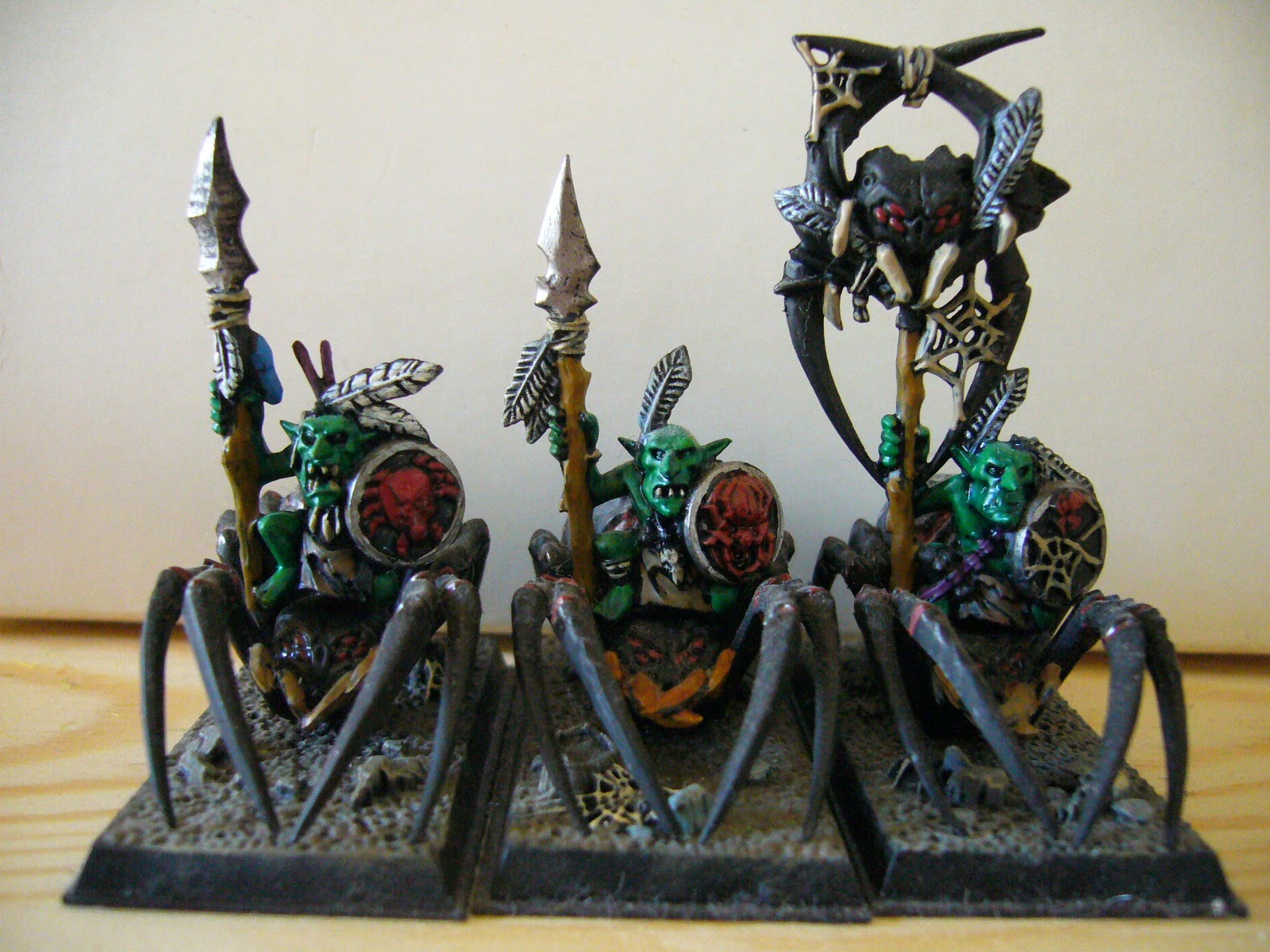 Spider riders again. These are from the late warhammer set with the gobbos and dwarves inside. Ireally forgot the name of the set. The pro side of this set was that it had 10 spider riders inside and here in Germany nobody plays with then so now I have 20 models for my growing Gobbo Indians simply with swapping some models around.
The Gobbo Indians (Forest Gobbos in GW terms) is a themed army I am collecting for a few years. I do not know when tey are finished. Probably never but lots of shamans,spiders and some tatooed Orcs will look great.

I simply like playing themed armies although I mostly loose with them. The nice thing is that you can start inventing names and a history for them like in the fantasy rolepalying settings. For me this is part of the fun.